A rule is the most important construct in the grammar of openVALIDATION. They consist of a condition and an action. In a validation rule, the action is always an error message. The easiest way to express such a rule is a IF / THEN construct. If the condition is true, an error message is generated.

We write keywords in capital letters here, so that they are clearly recognized as such, but in fact openVALIDATION keywords are case-insensitive and you can also write out rules just like you would do it in ordinary text.

Let's take a closer look at the condition again:

We could use one of these aliases to define the following expression, for example:

Over time this list will be completed and in the future it will be possible to add custom aliases.

The recognition of operands is the magic of our grammar. If we take a closer look at the content on the left and on the right side of the comparison operator, we see that it consists of many individual words. A person immediately understands that the attribute age and the number 18 are the relevant values. A machine, on the other hand, only sees a pile of words in a row.

the age of the applicant andis 18

Let us first look at the right operand:

The resolution of this operand depends on the data type of the opposite left operand. If the left operand is a numeric value, the number 18 is automatically extracted from the right operand.

The remaining word is irrelevant for machine processing and is simply ignored by openVALIDATION. Such content is called semantical or grammatical sugar. It makes it possible to express rules in an ornate and grammatically correct way. This makes the entire set of rules more readable for people and makes rules more intuitive to formulate.

So it depends on how the operand on the left side is recognized:

the age of the applicant

The relevant attribute is the age. openVALIDATION does not yet know this attribute. We have to make this known by specifying a schema in addition to a rule, which defines the corresponding data model with the respective attribute.

The schema is essential for the resolution of the operands, since attributes in the operands of our rules are only recognized if they are also present in the schema. Let's look at the principle further at the operandsthe age of the applicant.

Let's consider the following highly simplified scheme, which only contains information about the Age attribute:

The schema can be passed as a JSON schema or in a simplified form as a JSON Object. Since the schema now contains an attribute called Age, the operand is recognized as such:

the ageof the applicant

The remaining content of the ... of the applicant is declared as Semantical Sugar and ignored by openVALIDATION. The rule expression relevant for the machine looks like this after the resolution process:

and here is the corresponding formal expression:

The entire text behind the keyword THEN is recognized as an error message:

Error messages often contain their own error codes for unique identification. We can also define such codes with the keyword WITH CODE:

The grammar of openVALIDATION is quite flexible. This flexibility partially cancels the formality and brings with it a certain naturalness. For this reason we have implemented an alternative expression for rules. We can express the above mentioned rule in the following way:

This alternative form of expression must contain a so-called indicator. There are two indicators: one MUST and one SHOULD NOT.

The grammar of openVALIDATION allows the creation of rules with implicit conditions. This ability simplifies the creation and understanding of rules. We have the following scheme:

Now we can create the following rule:

As you can see, this rule only contains the signed attribute from the schema. A valid comparison operation is missing, consisting of two operands and one operator. However, openVALIDATION is able to interpret the expression accordingly on the basis of the data type. Since this is a boolean value, openVALIDATION is based on the semantics of natural language and makes an implicit comparison with true:

This automatically results in the following formal rule:

Under certain circumstances, a rule can contain several linked conditions:

With the logical operator ANDor ORany number of conditions can be linked together.

The same applies to the alternative form of expression:

Indentation can be used to further structure complex rules. This indentation determines the context and priority of the conditions.

The ORcondition is indented with FOUR (4x) spaces. This creates a parenthesis with the preceding condition.

Such expressions are very complex and can make the creation and understanding of such rules extremely difficult. To simplify them, we recommend to split such complex conditions into parts and to store them in variables.

Usually the spaces or indentations have no meaning in the openVALIDATION grammar. This is the only place where the number of spaces plays a role. We have tried to design the grammar in such a way that it gets by without cryptic characters. Therefore we decided to use 4 blanks per nesting depth as an indicator for the parenthesis of the conditions. 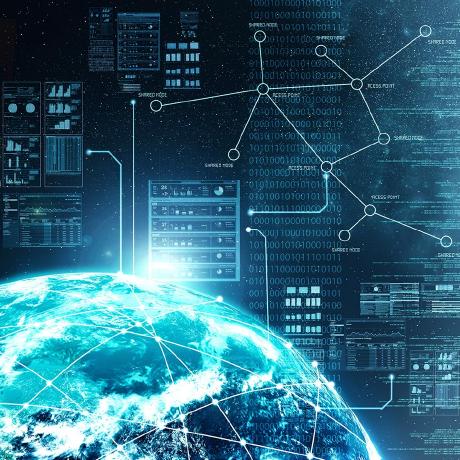