openVALIDATION is a multilingual cross compiler. This compiler can translate one of the natural languages such as German or English into one of the programming languages such as Java, C#, JavaScript or Python. Logically, openVALIDATION does not understand the full range of a natural language, but the domain of validation rules. It is important to understand that program code is generated at the end of a compilation process. The developer can integrate this code into his application at the appropriate point. The generated code consists of two components:

In order for you to better understand the integration process, the first thing we need to do is to add a little hello validation! openVALIDATION basically works across technologies. However, for our example it is necessary that we use a concrete technology. At this point we decided to use Node.js. The integration into other technology stacks works in a similar way.

The following prerequisites are required for this example:

Open up your shell and enter the following commands:

So we have created an empty Node.js project and can now start implementing the REST service. The code required by the REST service is now written in the index.js. You can edit the file with any editor. In this example we use the atom IDE. So we open the previously created project directory with atom.

Now we add the following Node.js code to the index.js:

Next we install an npm package called "express". Express simplifies the implementation of REST services on Node.js.

In the console we now see the following output:

We can test our REST service by sending a GET request to http://localhost:3000/ either in the browser or, for example, in Postman.

The service runs and does what it's supposed to. Currently, our REST service only has a simple GET operation, which returns "Hello World! Now we would like to extend the service by another service operation, in which sent data should be validated. Therefore we stop the current service with STRG+C.

We open the index.js in a text editor and add another service operation. We add a POST method directly after the GET method.

Now we can send Post Requests directly to http://localhost:3000/ as well. You are welcome to restart the server and test it with Postman. After we have created our validation rule, we will return to this point to integrate the generated code into the POST operation.

Ok we are now ready to create a simple validation rule. And this is what it should look like:

The task of this rule is quite simple. If the attribute "Name" contains the value "Hello", then an error message is generated with the content "hello openVALIDATION!" For this we need a schema.

In order for the attribute "Name" to be uniquely recognized within the rule, we must pass the corresponding schema to openVALIDATION in addition to the actual validation rule. The schema can be passed in different formats. The simplest option is to define it as a JSON object, from which openVALIDATION then automatically derives the corresponding JSON schema. Further possibilities are YAML or XSD, or XML. And this is how our schema looks like:

If everything went well, you should see the following message in the console:

Two files were created in the project directory. HUMLFramework.js and expressVALIDATION.js. These two files contain the implemented validation rules. Now we can implement the generated code in our REST service.

6. Integrate generated code into an application

We return to our index.js and import the expressVALIDATION module first.

Then we add the call of the validation into the POST method:

We perform with openVALIDATION.validate(req.body) the actual validation process. The req.body contains the corresponding data set to be validated at runtime. Then we check whether validationRESULT contains errors. If this is the case, we set the response status to 500 and include the corresponding errors in the response. If there were no errors, we simply output "Hello World!

Remember: Our validation rule checks whether the attribute "Name" in the request contains the value "Hello". And if Yes, then an error message is generated.

7. Sending and Validating Data to a Service

Ok, now we are finally ready to test the finished validation rule. So we start the REST service again and test with Postman what happens.

We start Postman and create the corresponding POST request:

And this is how the request and the corresponding response look like in Postman:

If we set the value of the Nameattribute to "Hello", the corresponding error message is displayed in the response as required. If we change the value, the error message no longer appears. Congratulations, you have just implemented your first validation rule!

The greatest added value of openVALIDATION results from the fact that the creation of validation rules is left to those who have the relevant domain expertise. These are usually the domain experts. The point is to completely isolate the creation of validation rules from the technical context so that the experts do not have to take on any technical hurdles.

Let's look again at the process by which we generated our validation rule via the CLI. We passed the rule directly to the parameter -r as text:

Or into a separate file. In e.g. myDomainRules.ov

You can now also pass this file as a parameter to the CLI:

The advantage of this separation is that from now on, domain experts can focus completely on creating these rules without having to know or understand the technical context (REST Service, Nodejs, Express etc.). All they need to do is understand and edit the content of the MyDomainRules.ov file. You can also place the file on a network drive and integrate the CLI call e.g. into a build pipeline. The BuildPipeline could create an NPM package and deploy it to a package repository. The developer would then obtain ready-implemented rules like any other NPM package:

So it wouldn't matter if these rules were created by another developer by hand or by a domain expert + openVALIDATION. At the end there is a package in a package repository!

During the development of the code generators it was especially important to us that the generated code does not contain any dependencies to any program libraries or external packages. This makes the code flexible and usable everywhere. For example, the generated code can be used in a REST service to validate the data at the input of a service operation. The same code can also be integrated into a frontend application. To make this possible, openVALIDATION avoids any dependencies when generating the code. This is the reason why the generated rules have their own framework.

The framework is structured so that the implementation of the rules in different programming languages looks as similar as possible. Thus, the framework serves as a kind of normalization layer for the generated output. This makes it relatively easy to add additional code generators or programming languages in openVALIDATION. And the integration of the code in different technology stacks also looks homogeneous. An important part of normalization is to ensure that the corresponding methods or functions are used instead of comparison operators. These are implemented across data types in the framework. Further domain-specific comparison operators can be added relatively quickly if required. 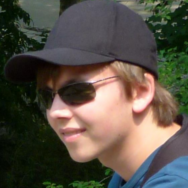 Last updated 2 years ago
Edit on GitHub
Contents
Implementation example
1. Creating a REST Service
2. Testing the REST Service
3. Creating a Validation Rule
4. Defining a Schema
5. Translate validation rules into Node.js or JavaScript code
6. Integrate generated code into an application
7. Sending and Validating Data to a Service
Separate the creation of validation rules from the development of the software itself
The Integrated Validation Framework